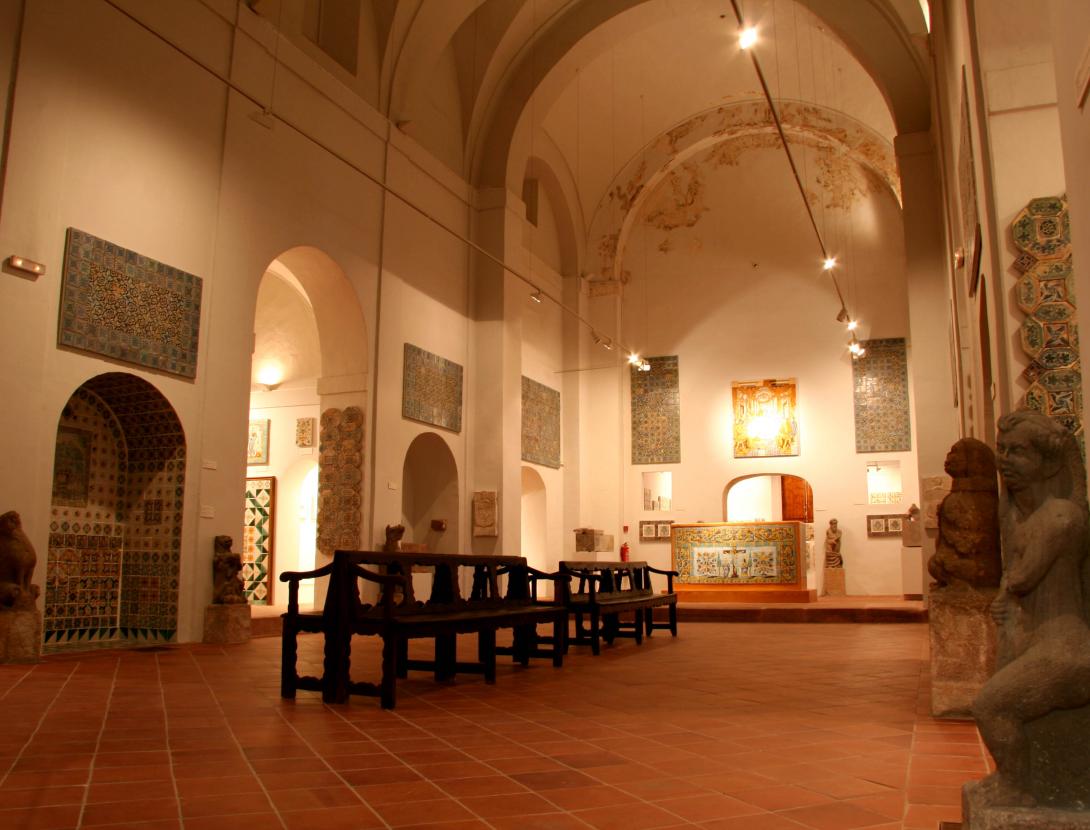 The Vicenç Ros Museum was founded by Vicenç Ros Batllevell (1883-1970) in 1945 and occupies some of the quarters of the old Capucin monastery in Martorell. The museum allows the visitor to contemplate its collections whilst also visiting the old monastery structure, one of the few surviving examples of Capucin architecture from 17th century in Catalonia. The most important part of the museum is Vicenç Ros’ collection of ceramics along with the one from the well known Catalan artist Joaquim Mir. Of all the pieces on display, the great sets of ceramic Catalan tiles mostly of religious interest, such as l’Aparició de la Verge de la Mercè de Llorenç Passoles (17th century), Sant Isidre Llaurador by Miquel la Puja ( at the end of the 17th century), the fifteen Misteris del Rosari (17th century) should be highlighted. The soffit with Hunting scenes from the 17th century is also excellent and the composition of La batalla dels gats i les rates (The Battle of Cats and Rats), an allegory made about 1642 of the Pergpignan siege (1642) during the Thirty Years’ War. The museum also has a large and varied collection of paintings relating to Saints and Virgins with an iconographic and chronological repertoire from 17th to 19th centuries. It is important to emphasize the set of architectural elements taken from different buildings in the same town and from many other places; works of art and paintings by Lluís and Agustí Rigalt amongst others and also the ethnological collection, which includes everything from a combination of impressive wine barrels to tools and utensils from different workshops and traditional trades, such as: chair makers barrel makers riding gear and saddle makers, potter, espadrille maker, carpenter etc.