Mill of the Friars 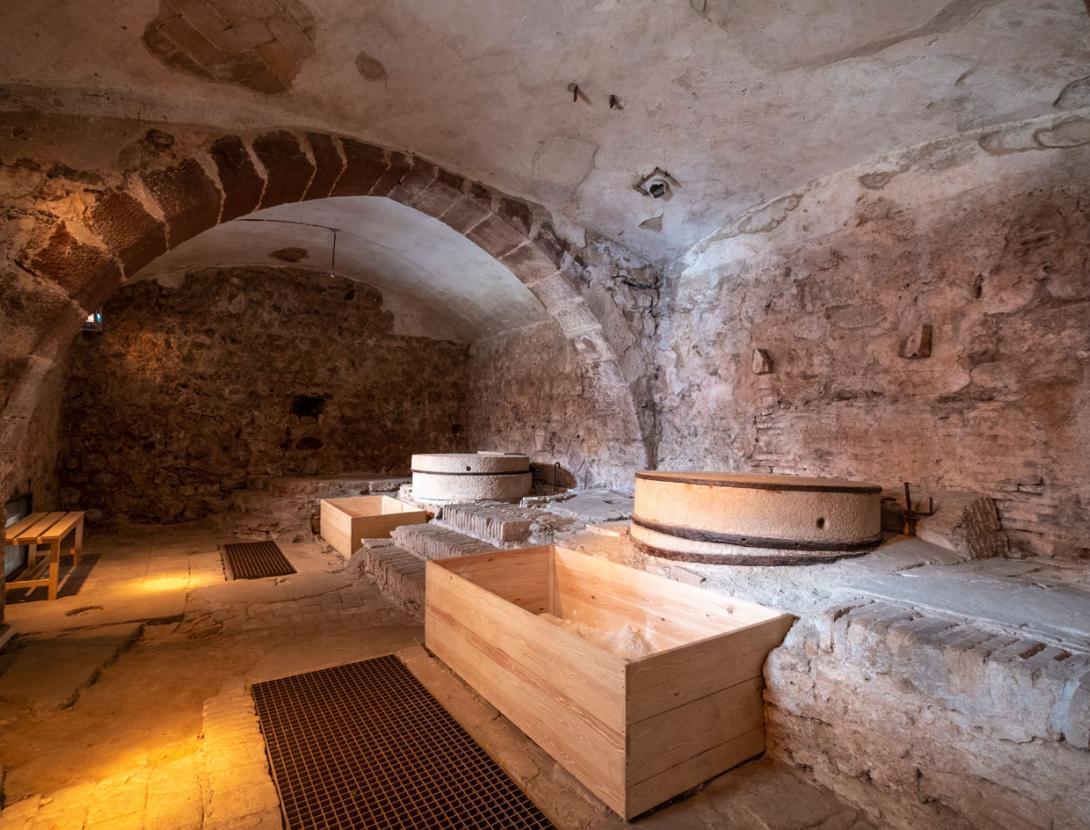 The Friars flour mill is one of the most historic buildings in Sant Vicenç dels Horts. Of medieval origin, the monastery of Sant Pau del Camp bought it in 1370 and associated the name. At the time, the mill had three grinding wheels. At the beginning of the 16th century, the mill came under the protection of Fernando el Católico. After a brief period of dependence on the Montserrat monastery (1583-1723), it was transferred to the Sant Pau monastery, at which time the relief of the saint was placed on the semicircular arch of the entrance portal.

With the confiscation of the ecclesiastical assets of the s. XIX, the State sold it at auction in 1877 to Antoni Xuriguer Andario, a Barcelonan house. From this moment on, changes of ownership are frequent until it ends up in the hands of the Sant Vicenç City Council, already in a contemporary stage. In this second modern stage the mill was active with only two grinding wheels.

The structure of the building is the classic one of a hydraulic mill, which is largely preserved. The area of ​​the grinding wheels remains buried under the farmhouse, where two Gothic vaults guard two of the grinding wheels (lower and upper) and a modern iron riser. The three water outlet arches of the carcabans and the large pond in the southern sector also stand out.

The mills are not a strange building in the landscape of Sant Vicenç and, although now only the Molí dels Frares is preserved, they were common in the Llobregat river beds and in the Torrelles and Cervelló streams.