Routes on foot or by bike in Baix Llobregat!

Between Montserrat and the Mediterranean Sea there is a network of Baix Llobregat trails, a network of signposted paths that allows you to discover the natural and cultural heritage of this region, which preserves corners full of charm and surprising scenery.

The network is divided into three large parallel axes that connect the towns of Baix Llobregat and reach Barcelona and the beaches of the Delta del Llobregat: the Eix del Riu Llobregat and, on both sides, the Ponent and Llevant axes.

A unique opportunity to discover the roots and the best kept secrets of Baix Llobregat!

Raised above the valley, it allows the contemplation of an exceptional landscape. Its mountainous profile requires, in some sections, to overcome steep slopes and rocky areas.

The Ponent axis is the one with the most territory within the Baix Llobregat Network of Trails. Its tour starts in Montserrat and ends at the beaches and natural areas of the Delta del Llobregat. The axis is made up of a total of 80 km, and is complemented by more than 90 km of variants and links along its route. This axis is divided into north and south, and forks in the municipality of Corbera de Llobregat, as the axis of Ponent Interior, reaching the beaches of Castelldefels and Viladecans.

It runs through an environment with surprising corners.

Unfolded on both sides of the river from Martorell, it has a wide road, with a smooth and flat profile, ideal for walks and bicycle routes. 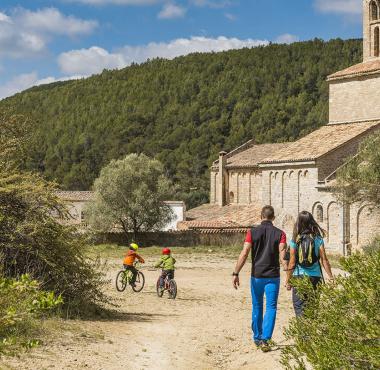 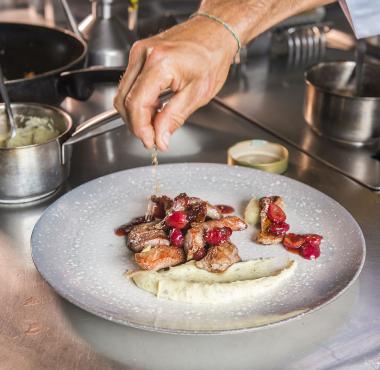 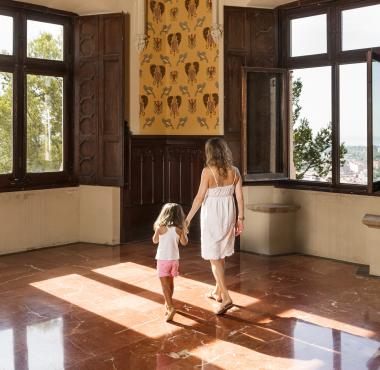