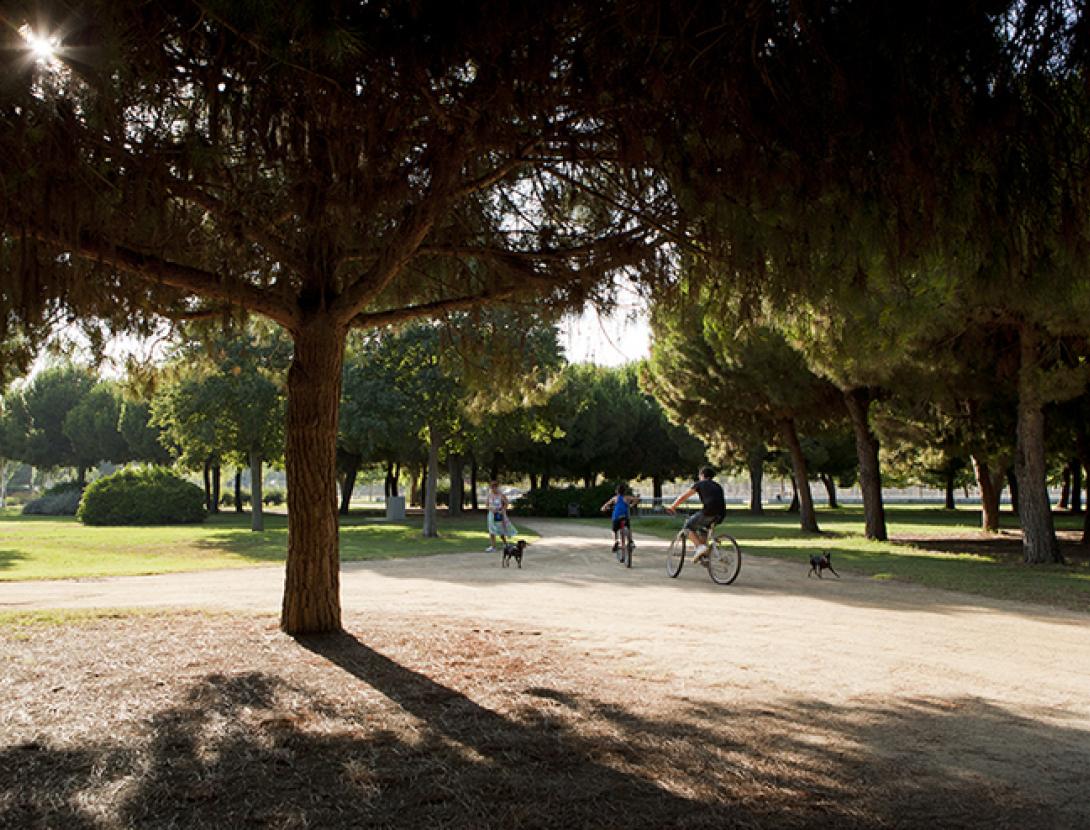 When approaching Parc Nou from a certain distance, what is most evident to us is the silhouette of the poplars that make up the tree, highlighting the surroundings; otherwise, the poplar is a species well adapted to the characteristics of the delta zones. The park, in triangular form, includes two areas of uses and different characteristics. The central part closed and presided by a dense poplar; the perimeter, more open and with pines as dominant trees.
History

Farmland, buildings, landfill ... the New park. The lands occupied by the current park were previously farmland such as those that we can still find in the sector of the Marina del Prat, fertile and productive. The history of the Park is, however, closely linked to the neighborhood of San Cosme, which somehow owes its existence.

In 1965, the Labor Office of the Home started the construction of the neighborhood in an agricultural area close to the airport. When the foundations of the houses and the asphalt of the future streets had already been completed, the works stopped because of the excessive proximity of the airport and continued further north. The abandoned plots degenerated into garbage dumps and rubbish dumps and finally into authentic nests of rats. In order to avoid the dangers represented by the site as a source of permanent infection, the Ministry of Housing that was its owner, decided in 1982, together with the City Council of El Prat and the neighbors of the district of Sant Cosme, build a park.

In 1983 the plantation of the poplar is made. On the occasion of autonomous transfers, the Park becomes the property of the Generalitat and subsequently of the El Prat City Hall, which makes it a metropolitan park managed by the Metropolitan Area of ​​Barcelona. In 1991, the area of ​​the pinewood was built. Finally, in the spring of 1995, the triangle of the Park is completed with the extension of the western sector and a greater provision of services, which have been recently renovated and completed.