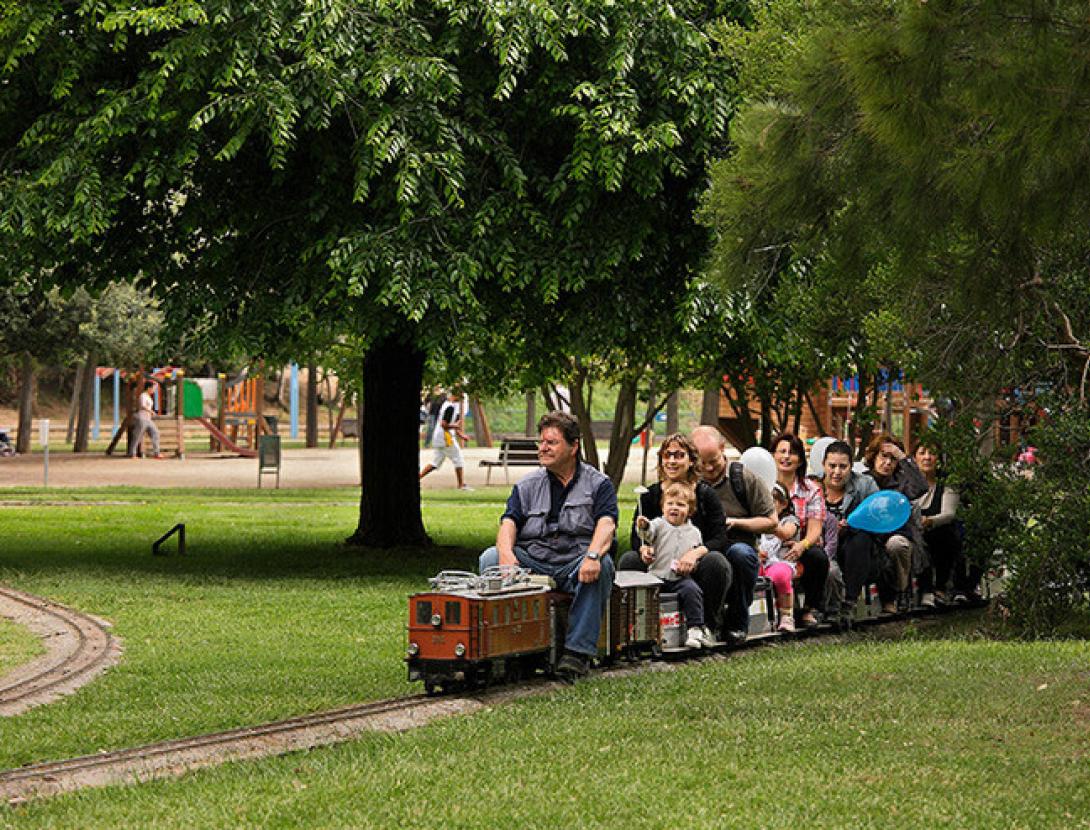 The park of Can Mercader, the most important city in Cornellà de Llobregat, occupies everything formerly the gardens of the old Palace of the Families of the Merchant Accounts and the Accounts of Bell-place. The Avenue of the Bananas is the main axis of the park: the crossing from the south to the north and configures, with the paths that create it, a series of spaces and environments for different uses. In the lower part there is the large esplanade of games with the train; Above, the lake, the gardens with glorieta and viewpoints, the paths, the living areas and the pool occupy the space of the old beams. In the central part, the structure of terraces and gardens has been maintained, which includes the two emblematic pieces of the park, the palace and the plataneda. The vegetation, which is denser in the central part, is formed by a large variety of species, among which there is a clear distinction, both for the number and its uniqueness, bananas, palm trees of the Canary Islands and the lavender palms.

Among many others, the main attraction of the park is the "trenet", which has become the symbol and the reclamation for thousands of visitors: a network of tracks through which miniature electric trains circulate, and that They offer the possibility, so small and large, to go up and enjoy a fun trip.