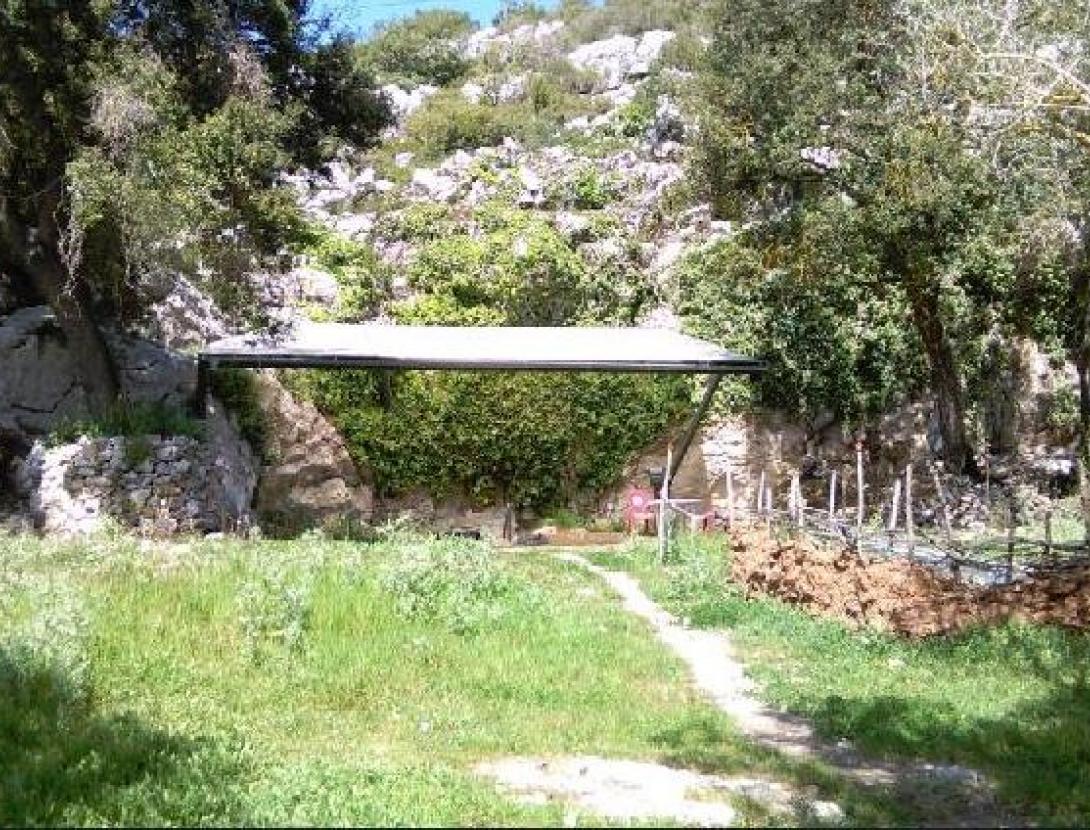 COME AND VISIT US!!!

The cave of Can Sadurní is one of the most important prehistoric sites in Catalonia and the Mediterranean Levant. Located in the Garraf massif, it is an example of the first magnitude of the massif, the most important of Catalonia, being located at the strategic point. In their surroundings, two vegetal communities characteristic of this territory come together: the coastal and garlic palm mackerel with the oak grove with narrow leaf oak. Its visit becomes indispensable for any fan of prehistory, archeology, caving, geology, botany, paleobotany and arqueozoology. At this time, the site possesses one of the best archaeological stratigraphies in the Western Mediterranean referring to modern prehistory.

In its, up to now, 12,000 years of stratigraphic succession has documented 10 great cultural moments and 34 specific episodes. The four layers corresponding to the epipaleolithic (10000 - 6000 BC) suppose, potentially, the best epipaleolithic stratigraphic series of the Peninsular Levant. The 17 different layers corresponding to the Neolithic period (5500 - 3000 BC), which document us 12 different episodes, and especially the stratigraphic series from the Neolithic period to the initial Neolithic medium, form the most complete archaeological stratigraphy in the whole Western Mediterranean arch.

In all the Peninsular area there is no other cave known with 5 different prehistoric burial episodes. The sepulchral episode (5400 BC) of the ancient cardinal Neolithic supposes the only necropolis of burial of this period found until now in the peninsular Levante. The DNA analysis carried out on the 10 individuals detected corroborates the presence of halotypes from the Near East and confirms the diffusionist theories of the neolithization of the Mediterranean West.

The sepulchral episode (4450-4200 BC) of the initial middle Neolithic supposes the most approximate detection of the funerary model used in the caves of this period in the northeast of the peninsula. At the same time, evidence has been found that shows the processing, processing and consumption of beer with an approximate date of 4300 BC, which places it as the oldest beer in Europe. Also in these same Neolithic levels (4500 BC) appeared the oldest anthropomorphic statue of Catalonia, which was called "The Enchanted Begues".

The discovery in the cave of all the tools and elements of the chain of exploitation and manufacture of the variscite and green minerals during the initial Neolithic medium (4500-4000 BC), confirms the start of the mining of the calaita or green stone during the second quarter of the V millennium at the hands of the pioneers of the site, the existence of a curve of mining experience that will lead to the drilling of the Neolithic mines of Can Tintorer in Gavà, explains the presence of variscite of the Garraf massif in Pyrenean sites and confirms the establishment of the first exchange networks in the Franco-Peninsular Neolithic.

ALL VISITS NEED TO BE PREBOOKED, CONTACT US BY EMAIL ON: covacansadurni@gmail.com

Regular Visit: 5 €/person (Free for children up to 7 years old)

Prearranged visits: 5 €/person  (Free for children up to 7 years old)

Visites grups escolars: 5 €/student (Groups of less than 15 people have an stanard price of 75€ per group)

For security reasons, shifts of up to 20 people will be established

For security reasons, shifts of a maximum of 25 students will be established (school groups)

The different visit shifts can be combined with workshops for the group that is not inside the cavity. It will be necessary to arrange the desired workshop in the email provided